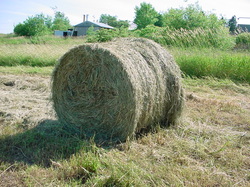 I make 4x4 round bales of hay.  The hay is a mixed hay with a lot of clover, birds foot, Timothy, Buffalo Grass, etc.  Each bale weighs around 850 to 950 lbs and is baled by a Owatonna OMC 590 Drum round baler.  The significance of this baler is that it tumbles the hay like clothes in a dryer, which gives the bale a soft core and compresses the outside of the bale to 3,000 PSI, (this gives the bales the structural rigidity that you typically would get with other types of round balers), this makes for great hay for all livestock including very young and very old animals that may not have the strength to chew into a typical round bale.  Also since the core is softer it allows for the bale of hay to breathe better which allows the bale to maintain its dryness.  Generally I make between 104 and 118 on a first cutting, however last year the hay came in so thick that I ended up getting 148 bales on my first cutting.  This hay is lush and tender, and would make great hay for beef cows, sheep, goats, horses, etc.  I never bale hay that has been rained on and take it off the field to stack and tarp it on a gravel pad with great drainage as soon as it is baled.   I do have the ability to load the hay on your vehicle or trailer.  If you prefer I also have the capabilities to load you as the hay is being baled.  Please contact me for questions,  pricing and availability. 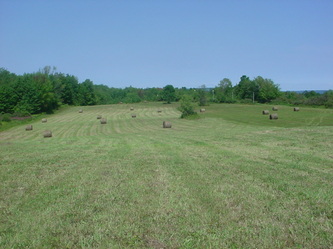 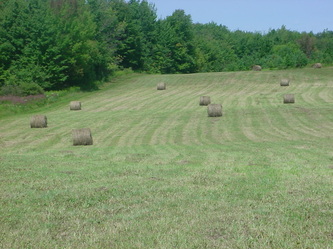 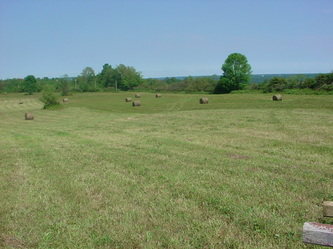 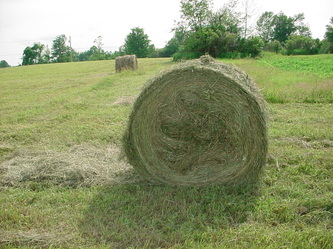 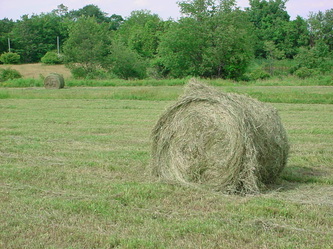 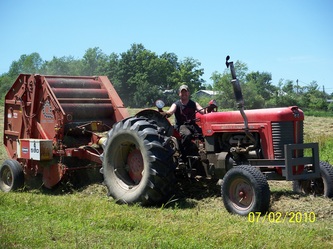 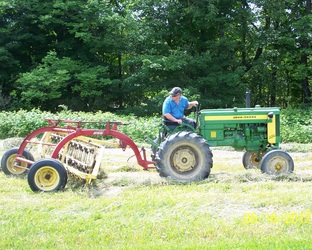 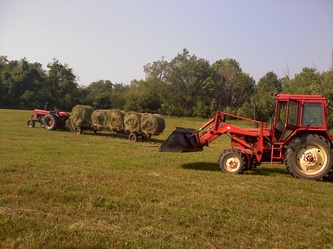